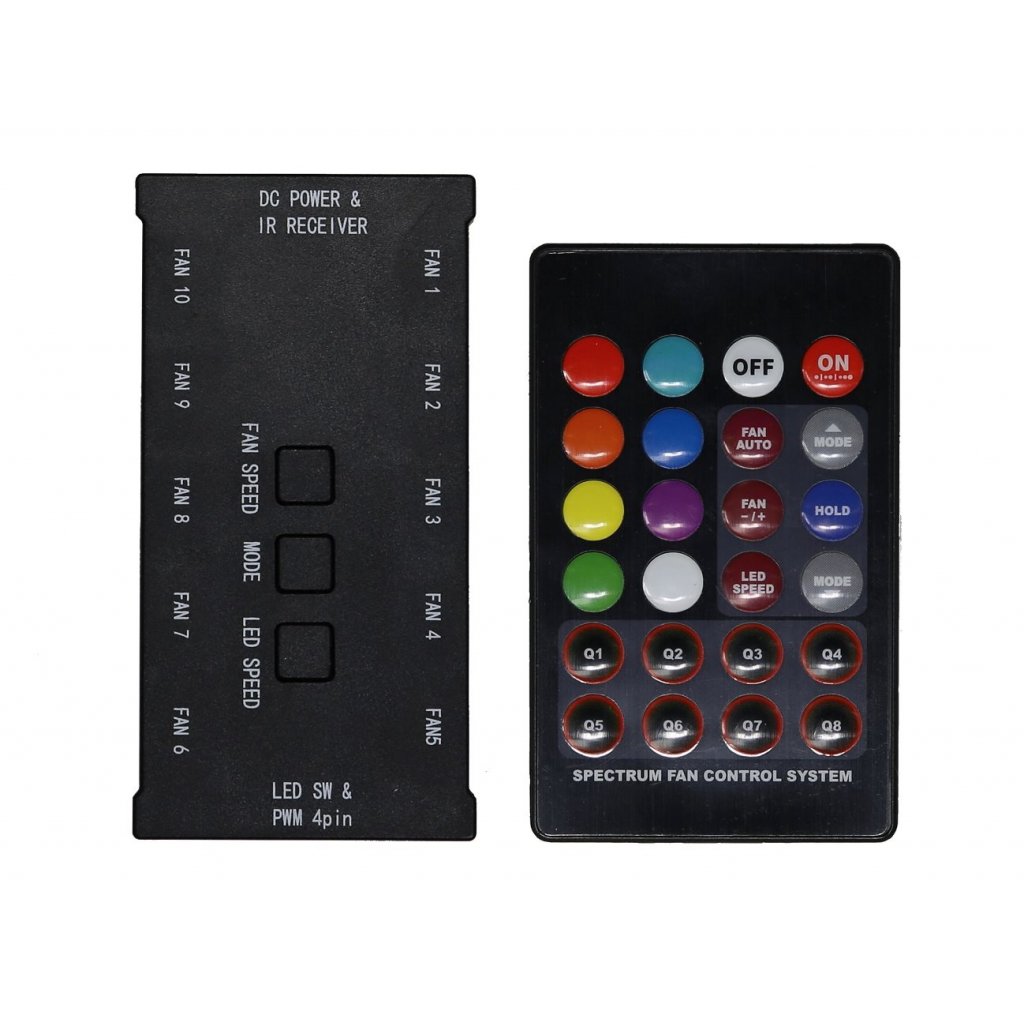 The EVOLVEO C1 allows you to control the colours and effects of RGB ventilators and strips even if your motherboard does not support RGB. The C1 sequencer can be connected to as many as 10 EVOLVEO RGB devices with 6-pin connectors. The strip can be connected together with EVOLVEO 12R1R ventilators. The colour and RGB effects can be controlled in three ways: • remote control – push-buttons:
– switching colours off
– switching colours on
– switching between two ventilator speeds
– browsing individual modes using the arrow keys
– stopping the colour transition at any moment
• directly setting one of the 8 colours: blue, light blue, red, green, yellow, white, pink
– 10 push-buttons for preset light effects
** continuous lighting, colour merging
** automatic merging and switching between colours
** breathing (continuous dimming and lighting) of a single colour
** breathing with automatic switching to other colours
** breathing with a slow splitting of the ray and transition to other colours

Note: The ventilators must be connected to the sequencer by their respective numbers (the first three ventilators go in the FAN1, FAN2 and FAN3 sockets, etc.)

EVOLVEO FreeTalk XM2, set of 2 walkie-talkies with dual charging base €54

EVOLVEO AudioConverter XS, DAC with a Bluetooth transmitter and receiver 2in1 €94